Spring and a New Beginning

It never really was winter here (though the past week has been the coldest I've experienced in Japan), the flowers are beginning to bloom in Tokyo. 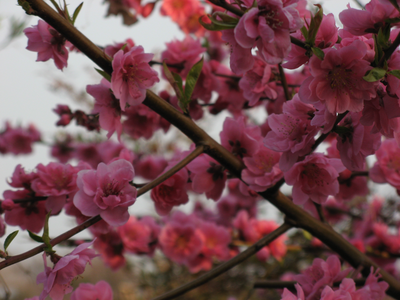 Spring is officially far more important here than in the US--the first day of spring is a national holiday, school begins and ends in spring, and students graduating from college enter the job they were accepted for the year before (this is, of course, the most common scenario and there are exceptions). The first major "sign" of spring is the blooming of plum trees, which have been in bloom for some time now. 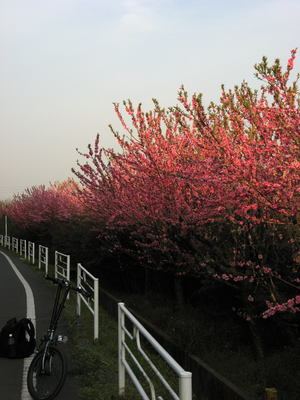 The flowers in the two pictures here are of the peak blooming period for plums in Saitama, north of Tokyo. I just got a book on bike trips around Tokyo, Chiba, and Saitama, and went for a 50 km (~30 miles) trip north along the Shibakawa and Arakawa, two major bike courses in Tokyo which I am lucky enough to live next to. 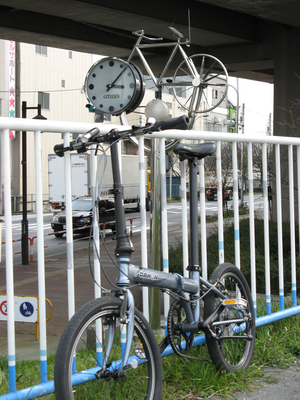 I plan to start training this week for a longer trip over the Golden Week holiday in May.

I can start training because I am just now finally wrapping up my move to Nishi arai and away from a jerk of a roommate. It has taken a lot of energy over the last month or so, but I am finally almost done and can focus on other things. 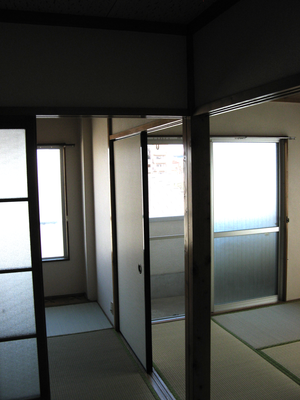 I moved to a beautiful apartment in a slightly more developed neighborhood. For less than what I paid at my old apartment, I have more space and less (meaning no) roommates. I use one room for a "day room", where I keep my computer and table, and the other for a bedroom, though this will probably change. 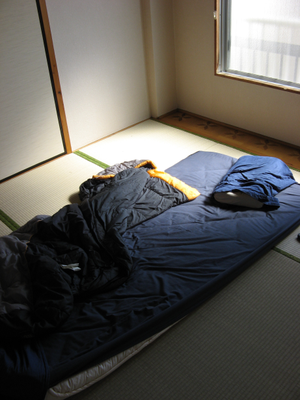 The room is on the top floor of a three story building, and while the view isn't fantastic, at least there is a view. My old apartment faced an elementary school, and there wasn't much light. 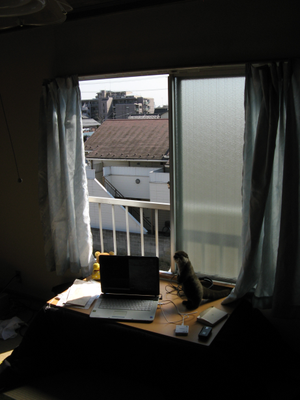 The apartment has a few details that really add to the atmosphere of the place, such as this wood paneling that lines the tatami in the bedroom. 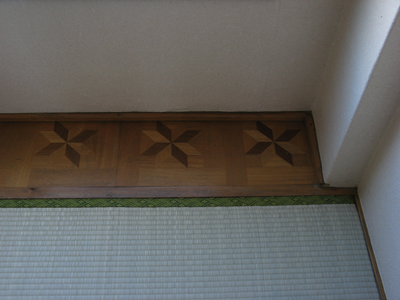 There is also tiling on the walls and floors of the bathroom (ie, where the bath is), and tiling in the toilet room. 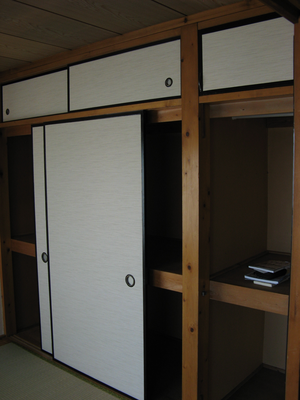 Perhaps the best part is the bath--going into my bathroom feels like going into some special hot springs bath. It has a control panel that allows you to turn it on, go do something else, and return about 30 minutes later to a perfectly warmed bath. A heater continues to heat the water while you are in it as well. 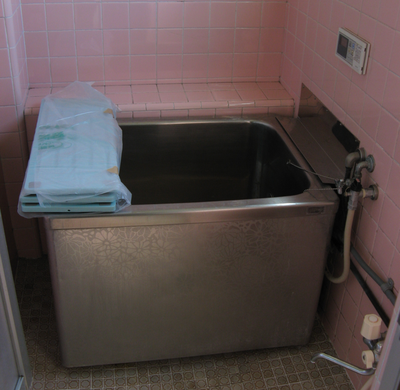 The one thing that is a bit of a shock to foreigners moving to a new apartment in Japan is that nothing is included, usually--no refrigerator, no heater, and no oven. I got an oven, refrigerator, and washing machine, though, in one day from a "recycle shop", and had it delivered, all for about $300. I'm very pleased, so far, with the appliances. 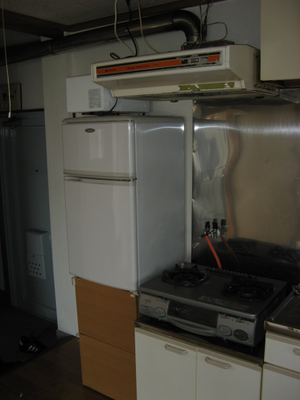 There are some complaints about the new place, though--most importantly, I am still woken up early in the morning, though not as early as before. My neighbor wakes up fairly early, and around 8 or so starts making noise. Her balcony seems to be next to my bedroom, and the sound of the sliding door is frighteningly loud. In addition, the heater for the bath/shower is quite loud, and wakes me as well. If I got home before 11 pm, and got to sleep before 1 most nights, that wouldn't be a problem, but as it is it is a little frustrating. But at least it is a more reasonable time to be woken up.

The one thing that didn't happen at the old apartment but that is very annoying about the new one has to do with cars. I live fairly near a large street, which is not such a terrible thing. However, whenever a large truck drives by the house shakes like it is an earthquake. Not a pleasant feeling, and I worry about what will happen in the event of a real earthquake.

I'm happy, though, to be away from my old place, and hope that I'll get used to the new place fairly quickly.