Cherry blossom season is just about over, and I guess it is now time for the beginning of the spring rains. 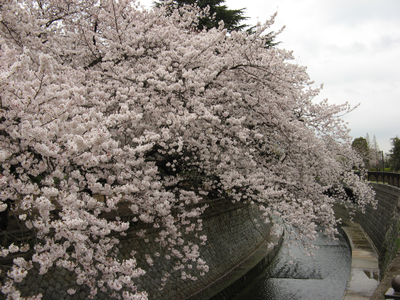 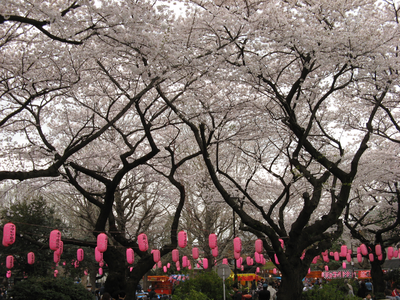 I've been riding my bike around the area a bit, with a couple of lengthy trips punctuated by more frequent but shorter trips around my neighborhood. A couple of times I have been caught in cold rains that don't manage to dampen my enjoyment of the surprisingly rich variety of paths and sights to be taken in in Tokyo and Saitama. I am easily frustrated by the constant need to stop for "scooter barriers," on the one hand, and by being constantly threatened by the earth-destroying machines I have to share the road with (by that I mean the automobiles) on the other, but it is worth the aggravation when I find that tiny nook in the corner of this ridiculous city that convinces me this place is magical, somehow, though it doesn't know it. 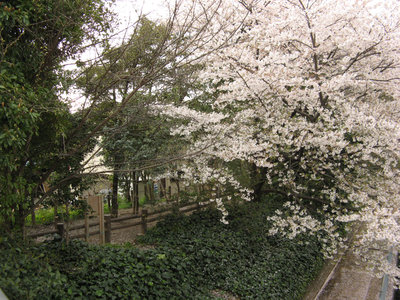 On the way to Mizumoto park there is a random dirt path next to a river, lined with cherry trees and tall--tall some other kind of tree. There are outlets along the path, into places, usually playgrounds or small parks like the one below. 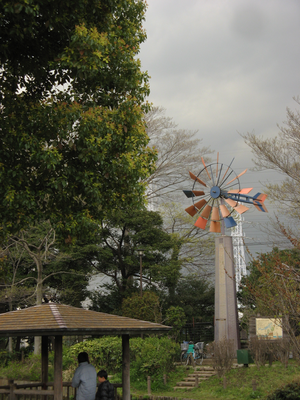 It feels almost secluded, though it is quite solidly in the Saitama-Chiba-Tokyo-Yokohama megalopolis. 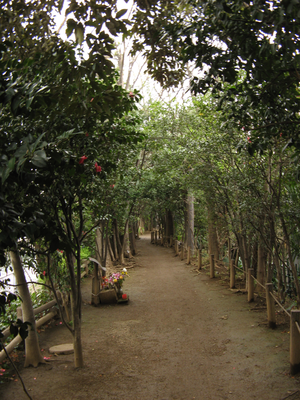 This is the entrance to Mizumoto Park from the west. The cherry blossoms are gone now, but it felt as if a welcoming party had been thrown for me when I arrived. I'm always afraid I will find a return trip to Mizumoto leaves me jaded and unfulfilled, but every time the park takes my breath away.

The jewel of Tokyo rivers (for cyclists) is the Arakawa. Though it is punctuated by the futile yet determinedly constant "scooter barriers" you can see to the right in the picture below, it is remarkably long and goes through a number of varied environments. 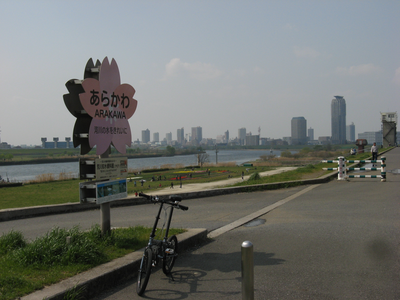 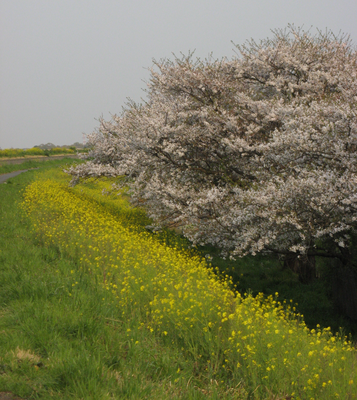 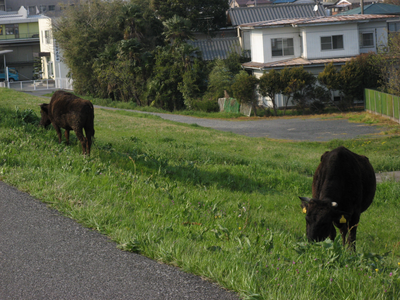 Yes, there are two cows on the side of the bike path. At first I didn't even notice--perhaps a throw-back from travels around Lawrence. Once you get out of the city limits of Lawrence cows are pretty common, though of course they aren't grazing next to the road but are behind barbed-wire fences. But this is Saitama city, and cows are quite uncommon anywhere but Hokkaido--there just isn't room for them to roam. But these two seem to be quite famous--they are pictured on the cartoony map of the Arakawa bike path that appears in a sign along the path. 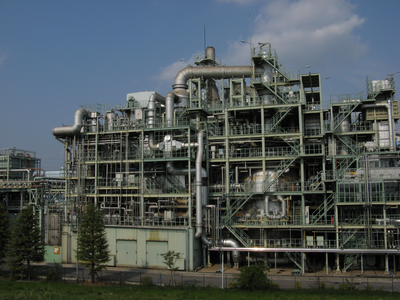 Another bit of scenery along the Arakawa. This is the price we pay--though the bike path is for pedestrians and bicyclists only, it is because the land around the Arakawa is surrounded by industrial plants and warehouses. This occasionally (particularly along the beginning of the Iruma river bike path that connects to the Arakawa) means some disturbingly unsavory smells. 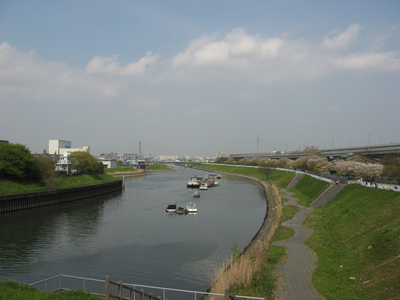 But then you look at the other side of the path, and see that, well, there is some green left in the world. For the moment.

These later pictures are from a trip up to Kawagoe, one of the cities in Saitama. It keeps up some traditional architecture, and is usually called the "Little Edo" (again, Edo is the old name for Tokyo). 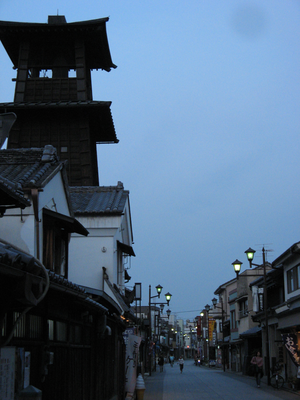 It was a 50 km (~30mi) bike trip, and I left rather late, so I made it there just before dark, thus the dark picture.

Today was Earth Day, and I went on a bike trip around Tokyo with a group called Urban Ecology. I hope to write a short article on that as well, but I have been meaning to post these images for some time and will stop here for the moment.

Just a quick request--take it easy on your car, at least for the day. Ride a bike, take a walk, breathe the air. It's fantastic, freeing. Or maybe you'll find it boring--but at least you didn't contribute to the crap in the air for a day!