Sorry for the lack of updates. Honestly, things have been pretty dull, and I've kind of been down. But I've been traveling around, checking out the new neighborhood and watching the leaves change.

It's been a long time since I've watched leaves change. I forgot how fast they come and go. One moment they are green, then all of the sudden they are red or yellow, or purple maybe. Most of the time I've been viewing the leaves at a park nearby, a good place to do some exercise (something I've started doing lately). 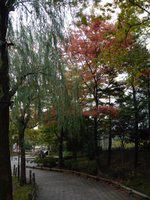 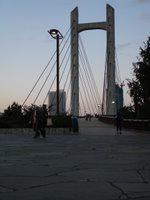 It's a huge park, with two parts joined by the large bridge in the second picture.

It's becoming that time of the year again... Christmas is an imported holiday, as you may know, so there's not much point to it other than to consume. 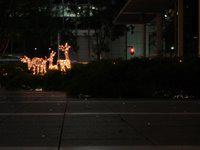 You might notice there are some interesting lights on the ground... those are actually small lights built into the concrete. They change over time into blue, red, purple, and then back again. kind of cool. Cooler than the deer.

Finally, Tokyo tower. I went by there today. I decided not to spend the 8 bucks to ride to the top as it wasn't exactly clear, and I'm cheap. But it is 333 meters, for those interested. A few meters taller than the Eiffel Tower, of which it is obviously an imitation. I didn't think it was very interesting until I saw it up close - it is quite a building. 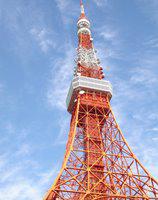