Out in the boonies

Yesterday I took a long train ride, just for kicks, to the "outskirts" of Tokyo, in a place called Minamioosawa (South Big Swamp). I'd hoped to get there a couple of hours before sunset so I called follow a route in my guidebook. Lately though, I've been getting up at noon, and that means I've only got a few hours before the sun goes down. Because of the way this place is laid out, it takes at least an hour to get up, eat, shower, then get out of here; thus, I very rarely get to see much sun.

I ended up waiting too long to leave, spent about a half an hour getting to Shinjuku, on the west side of the city, and then spent another half hour figuring out the train system out into the boonies. Finally, I took about an hour long trip to Minamioosawa. By the time I got there, it was something like 4 (and the sun sets around 4:30). So basically I got there, walked around for a half an hour or so, and turned back. Of the 4 hours I spent on the trip, only that half hour was I outside a train or train station!

It sucked, and I felt robbed. But I was glad to see something new, and while the area wasn't exactly untouched forest, it had its merits. Someday I'll probably make another venture out there, but I will try to get up around 7 am or so... 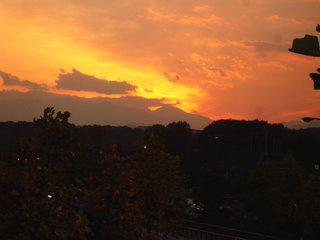 I thought I could get away from all the pre Christmas silliness here, but I was wrong (I don't really dislike this stuff - though I do hate Christmas music): 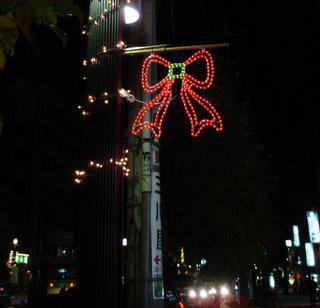 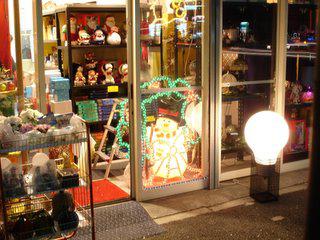