I went yesterday to my old neighborhood, Oji, to take a look at the changing leaves. In particular, I found the vine on above to be astonishingly beautiful in real life. Unfortunately my camera's flash washed out the intensity of the colors, but hopefully you get some idea of the orderly progression from green to red.

I'm sure that if I go back to look at it again, say next week, it will be gone or all red and I won't find it. I took a picture, but as in this case, a picture often just doesn't convey the true beauty.

That epitomizes the Japanese esthetics of the floating world, where the Buddhist tenet of impermanence becomes not a cause of sorrow but of melancholic joy. I think it is unique as an esthetic, though probably everywhere that peculiar joy of passing beauty is recognized in art and literature.

As I was walking through these trees, I was reminded of words from the Lord of the Rings (which I'm reading again for the 15th or 20th time):

The world is indeed full of peril, and in it there are many dark places; but still there is much that is fair, and though in all lands love is mingled with grief, it grows perhaps the greater.FOTR, "Lothlorien"

There is a mysterious beauty still left in the world, and though terrible things happen, we would be very much mistaken not to take a moment to recognize that beauty. 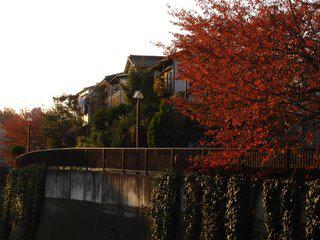 That is the purpose of the Japanese tradition of cherry-blossom viewing in the spring and Japanese maple viewing in the fall. There are many other celebrations of the changing of the seasons, but these two are perhaps the best known. At these moments, you pause to consider, not the future, not the past, but the present. Not that everyone celebrates them as such, but there are those who do. 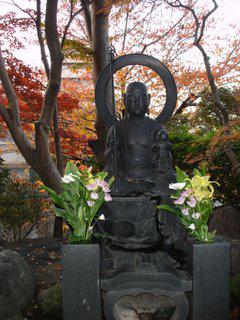 I have read before that because the Japanese island is so prone to earthquakes, floods, and typhoons, the Buddhist doctrine of impermanence took hold very strongly. However, in the the Edo period the Buddhist view, that impermanence should be recognized as such and avoided, changed to an appreciation of the intensity of feeling caused by the sorrow of loss and focused on developing this keen sense of sorrow rather than shunning it. You could say it was a justification for the merchants to indulge themselves in the pleasure districts with the passing beauty of young geisha, but that would deny the power of works by Saikaku, Hokusai, Hiroshige, and other authors and artists that followed in their footsteps.

With that, I'll leave you with these pictures. Tomorrow is my interview, so wish me luck! Hopefully this isn't the autumn of my visit to Japan. 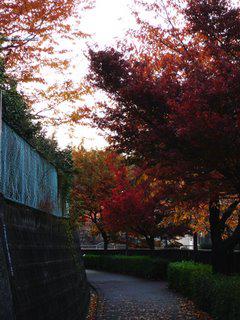