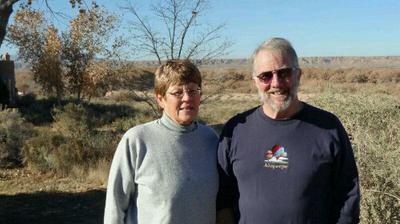 I said goodbye to Tom and Pat knowing I would see them that evening.

The day started fantastically. I felt this strong upwelling of happiness and confidence about how well my trip was going that buoyed me through the first part of the day. I had a green chile burrito, bought on the roadside, sitting near the Rio Grande. It was warm and it was early.

You're probably as tired as I am about my whining when things don't go my way, so I won't belabor it to much. I had planned to ride I25 for a bit because most interstates in New Mexico allow bicycles, but the sign said no bicycles, the first time I had seen this. Ok, I thought there must be a frontage road.

Very simply, there wasn't. My map showed several small roads, and I was willing to travel on some sort of dirt roads if need be. But first pavement, then dirt roads petered out. They went in circles. Not wanton to break the law, I followed these roads until I had toured them all. NOTHING near I 25 went anywhere. 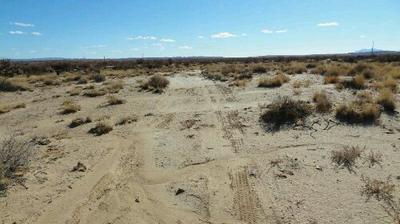 This is not a road

I was covered in burrs from trying to navigate these "roads"; to my dismay, so were my tires.

After two hours of this crap, I gave up. My only option was the highway. I opened a gate and got on. I rode. Nobody cared. I got off at the next exit and there was a sign that clearly said "bicycles use shoulder only", the sign I've seen everywhere else that allows cyclists. What? 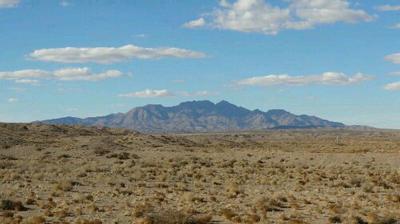 I had some nice scenery I after that, and I finally made it to Socorro many hours after I expected to be there. I got in touch with my host for the night, a biology student at New Mexico Tech (once the School of Mining), and we met briefly. We both had plans, so I left my bike and she dropped me off at a local restaurant to meet Tom and Pat again. They introduced me to their friend Cat, who was celebrating a birthday soon.

They treated me to a wonderful dinner and we all enjoyed conversation over wine and beer. We then went to the university's auditorium for a Christmas mariachi concert.

There were two groups performing, musicians and dancers. It was a lot of fun. I would have preferred to be sitting in a canyon or something rather than in am auditorium, but the performers were excellent and it got me excited about visiting Mexico.

Tom and Pat then took me back to Natasha's house and we said goodbye.

Natasha and I talked about traveling and running and biking: she and her roommates are very active. She'd had another cycle tourer recently, traveling from Michigan or Minnesota to Phoenix. He'd lost 50 pounds on his trip!

It was late, so we said good night and I rode another couch.