The day started in a desert dreamland: I left the campsite and headed to the village of Estrella, not even on the maps yet it is so new. It's a sort of purpose-built cookie cutter city, premade with golf course, fast food joints and familiar grocery, in the hills far enough away from the angst and trouble of Phoenix.

I didn't have far to go, so spent some time on the internet at said grocery, then spent way too much time walking around in the store looking for the few items I needed (Mac and cheese, tuna, sardines, raisins...). When I finally moved on half the day was gone. I headed for Tonopah. 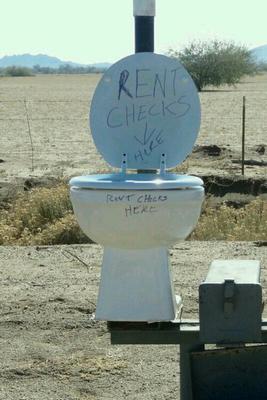 I haven't quite figured out what this means...

I found a place to stay in Tonopah on Warm Showers, but I was a bit suspicious of the place. The owners sounded unfriendly and seemed very put out that the rest of the world was not nudist, as they are. I have nothing against nudity, and in fact think it is a shame we are so afraid of our own bodies these days, but the hosts sounded as if they were conscious of having lost a battle but weren't willing to give up, if that makes any sense.

Anyway, they were nice enough people after all, though I didn't see them until the next morning. They were out when I got there (we'd arranged things beforehand), so I set up my tent in their backyard and hit the nearby restaurant. The backyard was quite attractive, with two large bathtubs for soaking in mineral springs, as well as a labyrinth constructed from small stones. 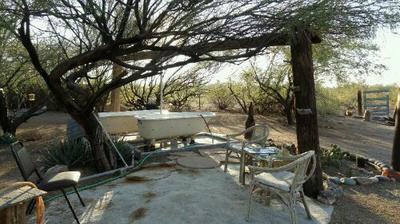 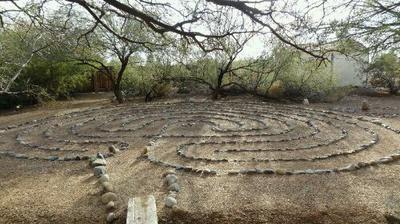 After dinner I tried out the bath. As I said, the hosts were nudists and didn't want any clothes in their baths because it was "against nature". No problem, I got used to nude public baths in Japan, and anyway it was dark and there was no one else around.

The soak was fantastic. I don't think I've stopped and just done nothing (except meditate!) since this trip began, either planning or blogging or watching movies or riding the bike or talking to my hosts. So just sitting there under the stars and the moon for an hour without much to think of was a blessing. Maybe for the first time I realized how lucky I am to be able to do what I want for the next year or so.

I met one of my hosts the next morning, a small older woman on her way to work. She was very friendly, and happy I enjoyed my stay. She left and I packed up. I decided to take a spin around the labyrinth, and that, too, made me feel peaceful. I wasn't entirely sure I wanted to leave.