11/15: The other garden of Eden?—Greensburg to Meade

I keep waking up at four, don't know what to do about it. Just keep moving, I guess.

I stopped off in Mullinville at my friend Billy's suggestion. The highway on the west side of town is lined with MT Ligget's crazy sculptures. I ran into him leaving to go the post office, said he'd be right back. When he didn't show up after 10 minutes, I chose biscuits and gravy over conversation. 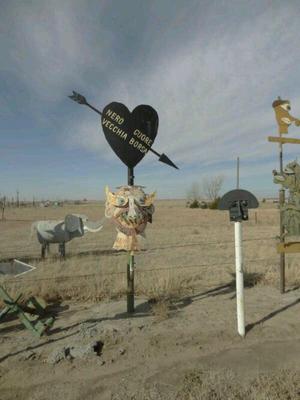 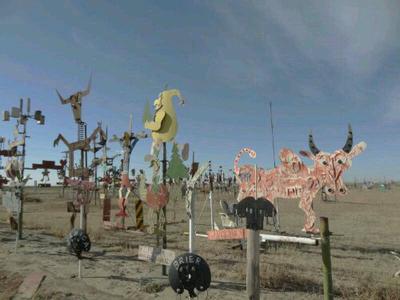 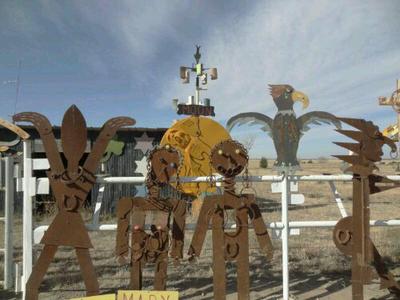 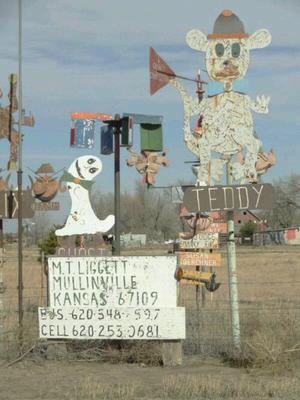 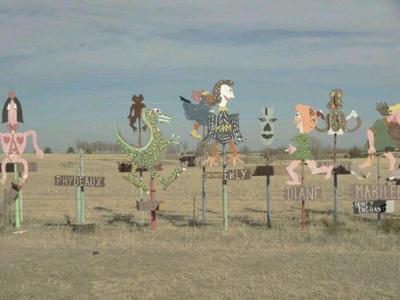 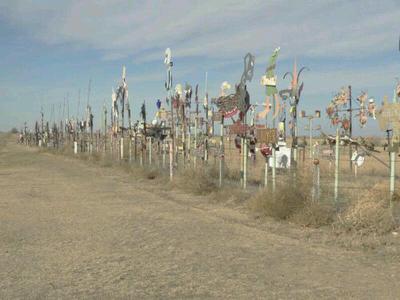 The rest of the day I was blessed by a helping wind. I was going 15 to 20 miles an hour, sometimes more, for several hours. It was sort of like being on a moving sidewalk, passing the dull, unchanging scenery effortlessly. 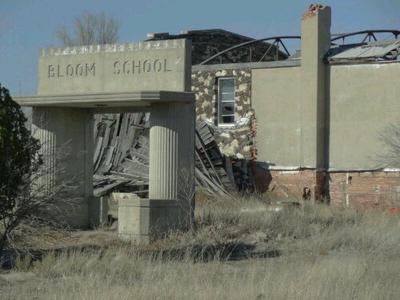 Things are slow in Bloom education

I got to Meade well before the sun set, I think a first for this trip. It was nice to tour the town before dark, although Meade seems to be on its last legs. 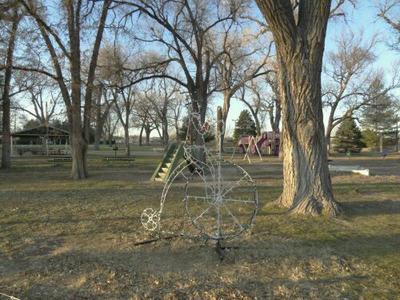 Another cyclist is staying at the park

I'm staying in a city park, which is a bit nerve wracking. People drive into the park every once in a while, for what I have no idea. And like the state lake in Greensburg, highway 54 is a stone's throw away so there's discordant, fluid music of traffic entering and exiting the city all the time. I've never had such a close relationship with cars before.

Tomorrow I go to meet my first couchsurfing host of the trip. It'll be great to have someone to talk to.