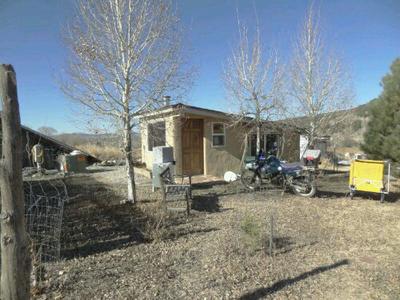 I stayed the night in an apartment set, well, apart from the main house. I went in early to have some coffee and get ideas from Lori about what to do in Taos. She showed me her greenhouse, then I headed towards Taos, about 12 miles away. 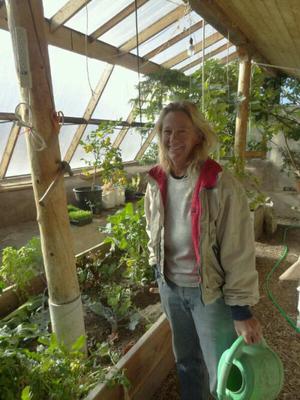 Lori in her balmy greenhouse 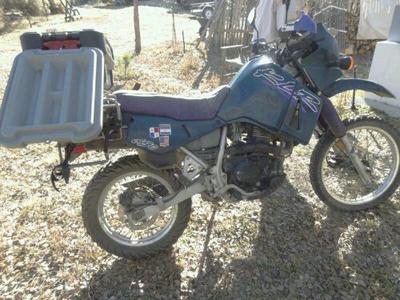 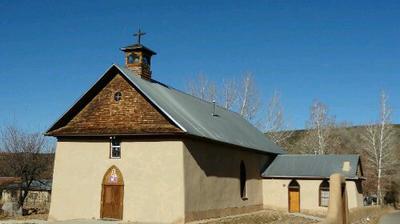 A church near Lori's place

On my way I stopped in Arroyo Seco, a neighboring city. It was a nice, obviously affluent area, with an international hostel and some funky boutiques. I had lunch at a Bohemian cafe there—like much of the area, it was very expensive, but nice atmosphere. 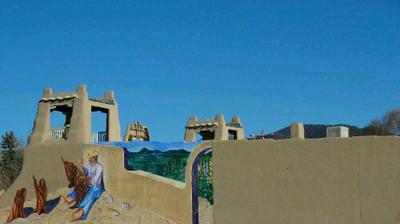 A mural in downtown Taos 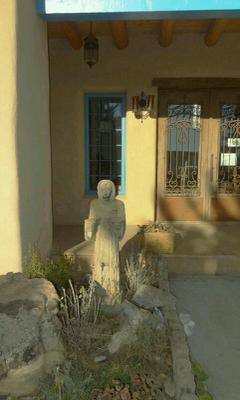 In Taos, I wandered, looked in galleries here and there, then found a brewery and settled in. I met a bike commuter and we traded stories about biking. We agreed that New Mexican drivers suck.

Lori came into town at five, and we went for a drink at a bar with some pool tables. She was a regular and pretty good at pool; she won the table 7-8 times.

We then went to another bar and listened to a singer/songwriter play some hits. It was odd to hear her singing Folsom prison blues, though.

We went back to Arroyo Hondo and I retired.

Lori set me up with a cureall for whatever might ail me once I get south, as well as a swim noodle. She had the ingenious plan to take a noodle, cut it in half, then have it stick out perpendicular from the bike, into traffic, so that drivers see it and, not knowing what it is, drive more carefully. She said it worked great, and I think I'll try it.

I should have used it on the way to Española. Beautiful scenery in the Rio Grande gorge, but the driving was just stupid. Windy, narrow road, with no shoulder and a tendency to encourage speeding. I saw more roadside shrines to the dead than I have ever seen before. 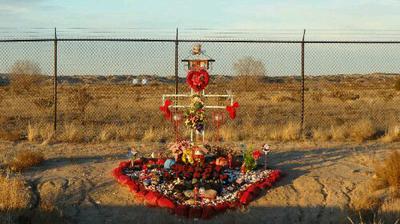 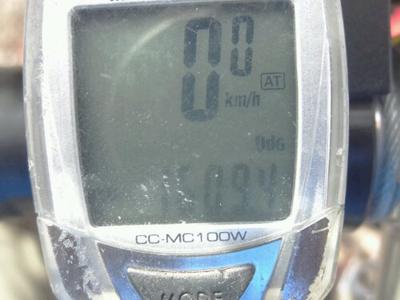 I managed to get a flat in both my front and rear tires, which made me super happy. Goat's head burrs are nasty.

Española didn't get any better. As the sun went down I reached a sort of oasis on the east side of town, right across the street from houses with junky cars and junky dogs was something of a suburban subdivision.

Adam greeted me in a turban, a bit of a surprise. He's a Sikh, has been for a couple of years. As soon as I arrived he invited me for a hike in the hills and we discussed his Sikh experience as well as his other spiritual experiences: turns out he's also been to a vipassana retreat, and said it would really be good for me. He invited me to a Sikh service the next morning. The only catch? I had to wake up at 3 am! I thought about it while we ate dinner (a vegetarian chile he made) and decided I wouldn't get many chances to experience such a thing, so it'd be good to go.

We drove to the ashram the next morning bright and early. When we arrived they were chanting from a book Adam let me borrow. I guess there are no priests in Sikh religious practice, just the book which explains various codes and beliefs.

Once they had finished the chant, they began a Kundalini yoga session. It was similar in many ways to the kind of yoga I have practiced, but also different.

Adam told me I could sleep any time, so after the yoga I closed my eyes. This is when they began to sing, accompanied by a guitar and later some sort of squeezebox, a really beautiful series of songs. I faded in and out of sleep, but the music was very melodic and pleasant. I could hear the influence the Sikhs had on the Beatles. Adam's roommate, also a Sikh, gave me a delicious sweet at the end of the ceremony, and then we went back.