I've sort of been consumed by my computer the past few weeks, embarrassingly enough. I decided to install Linux on my laptop in order to get away from the morally degenerating effects of using Windows, particularly Windows XP. You can tune Linux to fine details in ways Windows won't let you, so it can be pretty consuming for someone who likes to fiddle with things as much as I do.

In between times I've been looking for jobs in Japan. Not much luck so far. I'm planning on going there in the middle of September, when I'll travel and look for jobs close up.

I've also been biking around town. There are some nice bike trails, with mountain bike trails at the Kansas River and Clinton Lake. I've spent some time at the river trails, but have yet to try the Clinton trails.

The Kansas River mountain bike paths are a lot of fun - though I'm a bit of a wuss and get off my bike before some of the larger hills, on the whole it is a real thrill to ride. I keep meaning to take pictures for this blog, but I haven't taken my camera out there yet. Maybe next time.

Speaking of pictures: I haven't taken many since I got here, but here are a few. 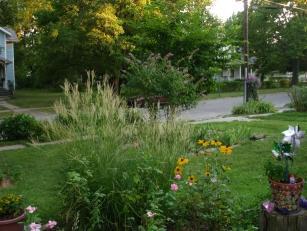 The other day, I went out with Clare and her son, Jackson (Mookie), and his friends. We had a good time. 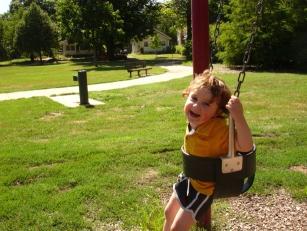 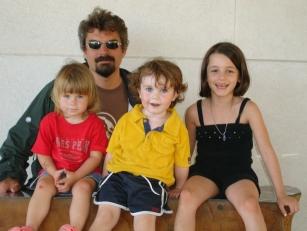 Me and some kids