Gary and I had our last morning coffee together, then I was off to San Lucas.

Somewhere along the way I met a couple of German kids bicycling south. They were exploring some nearby rocks and seemed so into it I felt bad for interrupting them. They were so excited about their trip—they were headed to Argentina—and I nearly got swept up when they invited me to travel with them. They were really excited about how the recent rains had changed the desert landscape.They were taking it easy, really enjoying themselves, and I wish them the best.

I rolled into the San Lucas campsite and found Royce outside his camper. I asked if there was any camping, but he said they didn't allow bicyclists to camp there anymore or something (a joke, of course).

We caught each other up on news. Sure and Royce were heading down to Santispac, the first place I stayed in Bahia Concepcion, the next day, so I was lucky to catch them.

Sue came along later, then a German couple in a tank-like RV showed up later. They had traveled from Canada and were creating a mural using pieces painted by people they meet along the way.

When they heard I was turning 38 they said they thought that was a hard time, that it got easier at forty. Interesting.

Sue and Royce and I lived it up again, and we had an early birthday party. It was a lot of fun again.

The next day started slowly. Sue and Royce packed leisurely, and I bugged them now and again. Sue have me a nice gift of a card and a shell—she makes jewelry from shells she finds.

Finally they got on their way, and I spent the rest of the day just watching the wildlife. I thought a bit about age, then went to sleep.

I got off early the next day, expecting some good hills and a headwind. It wasn't that bad, and I made it to Santa Rosalía pretty quickly. From there I was covering new territory, as I'd ridden the bus up to this point before.

Land was quite barren at first, but with some impressive peaks. The roads were steep, and for the first time I actually needed to walk my bike.

I met Dave and Tori (?) from Wisconsin on this road. They were doing all of Baja, from the border to Cabo. They were enjoying their trip as well, and we talked for quite a while. I then had another hill, and then I was on the downhill to San Ignacio. 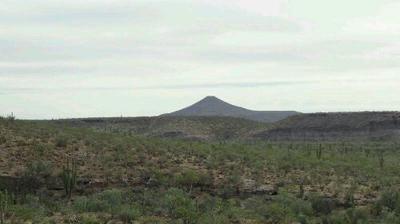 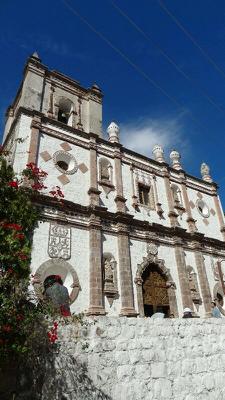 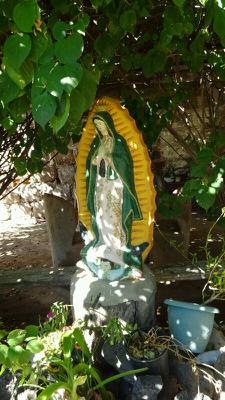 I really like San Ignacio. It's a pretty little city with a main square, separated from the highway by a short, Palm-lined road. It's an oasis, with a standing river running nearby.

I checked that the internet was still there at a high-end hotel restaurant, then went looking for a campsite.

There is a nice, cheap place right on the banks of the river, and I set up my tent next to a couple with bikes, motorcycles and kayaks, as well as a little Pomeranian. I had begun to get sick earlier in the day and was feeling pretty tired, so I just talked to the husband for a bit before retiring.

We had coffee together the next morning. Chris and Lori have been all over Baja and had some great stories, mostly told by Chris among a storm of expletives.

I had emailed my ride to Palm Springs, who was supposed to meet me here in San Ignacio. He came by the camp site (tipped off that I was there by Chris and Lori) and we chatted about our schedules. 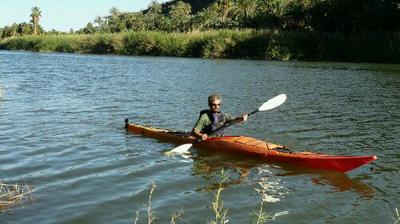 Later in the day I got a chance to try out kayaking. Gary at El Coyote had a kayak, and that got my interest up; when Chris and Lori offered to let me try theirs on the smooth river, I decided to take them up on it.

It was one of the best experiences of the trip. I was seeing the world from a different perspective, and suddenly everything became more interesting. I wanted to know every bird I passed by. It didn't last long, but I thoroughly enjoyed it.

I went to bed early again. Just before Chris told me that a Canadian couple were thinking about driving out to the laguna, where grey whales come to give birth.

I talked to Michelle and James the next morning, and we worked out a plan. I dropped off my bike and most of my gear with a b&b nearby and we headed out. 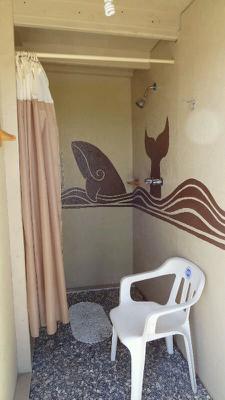 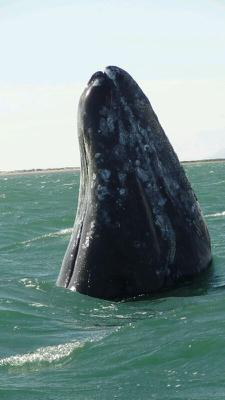 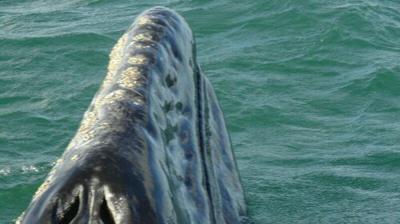 The whale-watching was impressive. They were just as interested in us as we were then, and they kept bobbing up above the water to see us. At one point a mother and baby came up beside us; the mother kept getting in the way so the baby didn't get too close to our boat. It was much more than I expected.

The Baja Expeditions people have really treated us well, and remarkably food and drink have been on the honor system. We had a fantastic lunch of fish after our whale watching trip, and then a few beers and piña coladas.

We're headed back to San Ignacio, then I should be heading to Gonzaga Bay tomorrow.