Joshua Tree is named after a tree. Really a yucca. They are all over. You've probably seen them.

I saw Argentina lady this morning. I guess she must have pulled into the same camp ground late last night. I said hello. She said hello. I remembered later her flat tires, and I wish I had helped her with that.

Maybe as retribution for my thoughtlessness, I got my first flat in almost a month. My front tire had been spewing a frothing white liquid on the way to the park the day before, but  nothing seemed to come of it. I even checked before I left this morning; the tire seemed fine. But then as I was descending into Twenty Nine Palms I felt that familiar soggy feeling in the handling. I patched it up and things seem to be okay now.

Today was just a foray into TNP; I wanted to save some money so I'm camping in Joshua Tree tonight, but I thought I'd see where my motel for Christmas was and get on some Wi-Fi. Pretty quiet.

On my way back, I saw someone pulled over by the cops (not sure if they were park police or California police). As I worked my way past them (the hill was a pretty good grade) I saw the policeman had spread out a number of items from the car, including a pistol and a shotgun.

Suddenly a bearded young man yelled at me something about being a constitutional law student (and we all know how knowledgeable college students are) and how the policeman was overreaching his authority somehow by taking his weed. He was very angry (I'm guessing he'd lost a fair amount of money). I think it's stupid pot hasn't been legalized nationwide, but it hasn't. There's plenty of people trying to get that changed, so I'll leave it to those who have more of a stake in the whole legalization thing. Sorry guy, it's a federal park, federal laws apply.

I really enjoyed the rock structures around my camp site: they remind me of the Garden of the Gods, which I hiked through with my cousin Cindy when I stayed with her in Colorado Springs on my way back to Kansas from San Francisco. 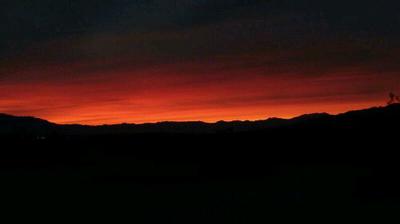 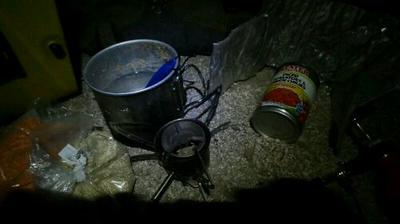