Well, all my worry was unnecessary. I'm here and I love it! (Exhausted though) I got in yesterday, and after a smooth yet tiring trip to the hostel (it took about 2 hours, I think, much of that time with my stupid huge backpack on), I was able to take a shower and go off to meet friends. We had a couple of drinks, then went home early.

From tomorrow I will be in Japan.

From tomorrow everything will be different.

I watched a movie tonight called A Japanese Story. I didn't choose it, my mom did, but I'm sure she had me in mind. It was a little odd - it has something in common with Million Dollar Baby, which my mom and I watched last night; I won't give away the connection.

Some Monastery Business in Oklahoma

This weekend I went to my cousin's ordination ceremony, where he became a regular monk in the Monastery at Our Lady of Clear Creek. It was quite an intense ceremony because this is the real thing, a tradition of monks that has passed down from St. Benedict. A couple of fans were the only things that cooled the audience - not the monks - for three hours in intense heat and humidity; after the ceremony my great-aunt fainted! She soon recovered.

For those who don't know, my uncle went to France to become a monk himself over twenty-five years ago, and just a few years ago the monastery he was associated with, Fontgambault, opened a priory in Oklahoma and he followed. 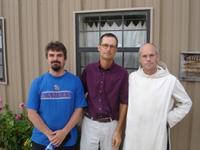 Me, my dad, and my Uncle Roark

You'll notice Roark isn't wearing a black robe as the Benedictines are known to do - it was decided that because it was so hot, the monks could wear white on special occasions. 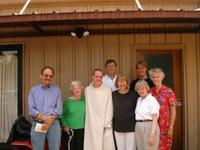 I remember Fontgambault as a magical place, with beautiful gardens and an ancient church that just felt venerable. They are trying to create this same atmosphere in Oklahoma with another large church and monastery that will last for centuries. Below are pictures of what has been finished so far and what the finished product will look like. 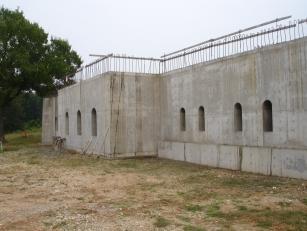 Outside the crypt ("basement"), about three times my height 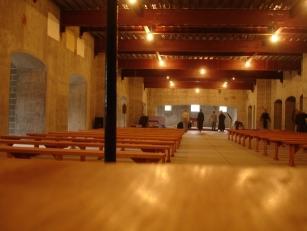 Inside the crypt, used as a church for Nick's ceremony 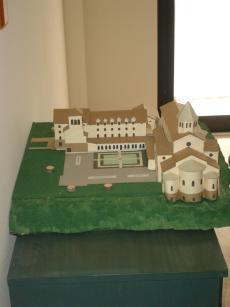 The finished product - only the very bottom level is finished