The lady at the motel gave me a deal on a different room in the motel yesterday, so I decided to stay another day in Clayton rather than stay at the nearby lake.

It was my first actual rest day since Wichita. I stayed two nights in Black Mesa SP, but I didn't rest much. In Clayton, I just sat around, made plans, did my laundry, took a few pictures of the local scenery. It was fantastic.

The first of the New Mexico churches 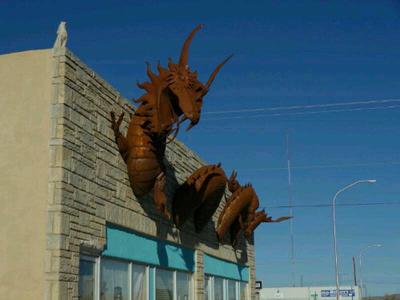 A random dragon coming out of a building. No wonder the place is up for rent

Nothing but the convenience stores and liquor stores were open, it being turkey day and all. I passed on the liquor, got myself a turkey club and green beans, and made myself a fine impromptu t-day dinner together with some instant mashed potatoes. I know it probably sounds awful, but it really tasted delicious.

That was yesterday. Today I managed to get up fairly early and went to the local market. This one had oriental food, organic tea and olive oil, a shocking selection in a small town. Then I went to the local coffee shop and got the best macchiato I've had since leaving San Francisco. The owner and I bemoaned the fact that everyone thinks a macchiato is a latte with caramel in it because of Starbucks's influence.

They were a nice bunch of folks. They roast their coffee in small batches every morning, and the result was fantastic.

Next, I headed out of town. I felt good. I know most of you have only heard my last post, where I was pretty down. But a couple nights' relaxation, getting a better handle on my plans, and the prospect of more favorable wind today really brought my spirits up. That and eating like a pig for a couple of days. 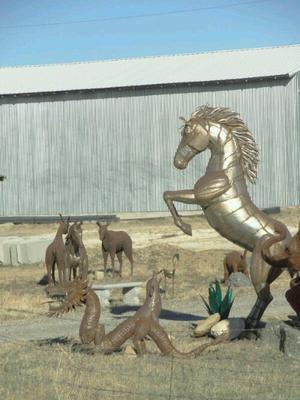 The metal-work dragon comes from here, I guess

The wind was, in fact, in my favor that morning. I hurried out of town at speeds I haven't seen in weeks: 12 mph, up hills! It was great. 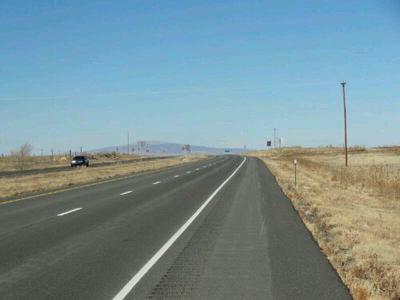 11 am. Nowhere in particular

I rarely listen to music on the road (maybe because it's hard to hear over the wind!), but today I felt compelled. Somehow the Rolling Stones were a perfect start, then ZZ Top. After that, of course, was the Beastie Boys' Paul's Boutique.

The wind didn't stay with me, and actually turned against me in a few spots. But I didn't get too perturbed. 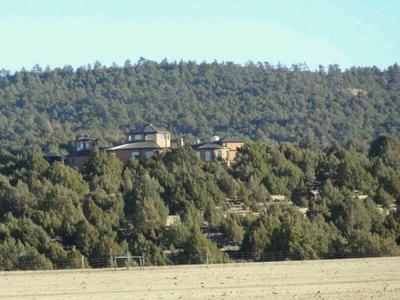 There was a retreat center along the way—Mandala retreat center near Des Moines. I was intrigued when I saw a brochure at the hotel. But it was getting late when I passed it and it was off a ways up a hill, so I didn't bother stopping in and harassing them. Still, I've liked seeing the different ways of thinking I've seen since I got to New Mexico. 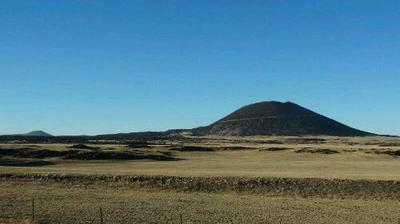 I made it to an RV park near the dormant volcano Mt. Capulin just before sunset. It's supposed to be pretty chilly tonight, but I think my sleeping bag will keep me warm.